Ivan Shemianok, 81, sitting in his home on April 10, 2006, is one of eight people living in a village that was evacuated after the Chernobyl nuclear accident, but he and his wife never left. Tulgovichi, where once several hundred people lived in a common Soviet collective farm village, is in the Polesie Radiological-Ecological National Park and about 50 kilometers from the closed Chernobyl nuclear plant. It is the only place where the government allows people to live, although illegally, within the high radiation contaminated park. Twenty years after the April 26, 1986, nuclear accident in present-day northern Ukraine dozens of villages remain empty in the "closed zone". Belarus suffered from the most radiation fallout following the accident, with 70 percent falling on Belarus. 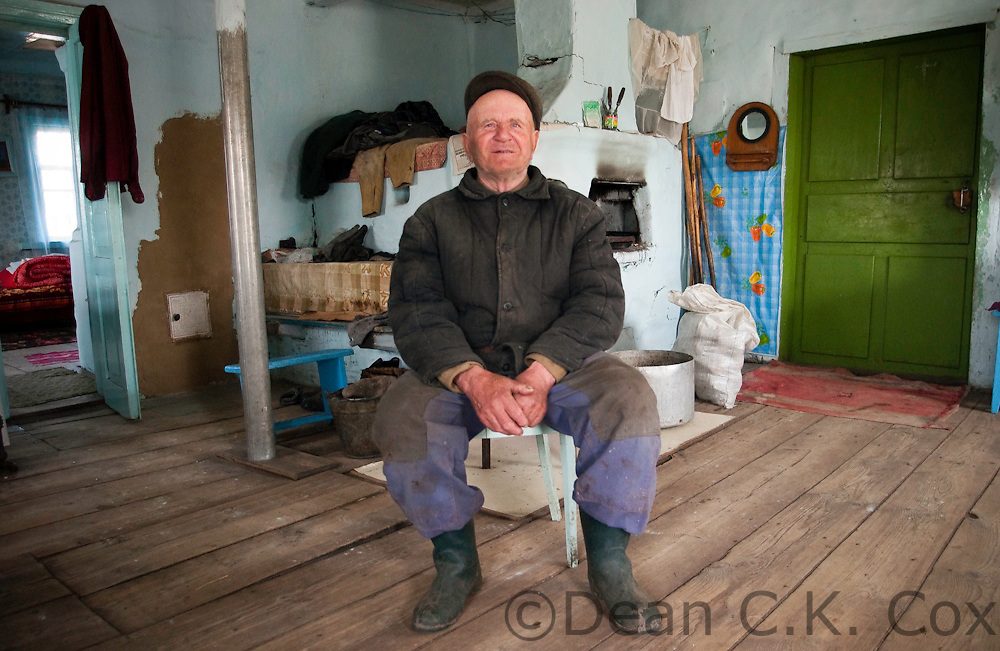